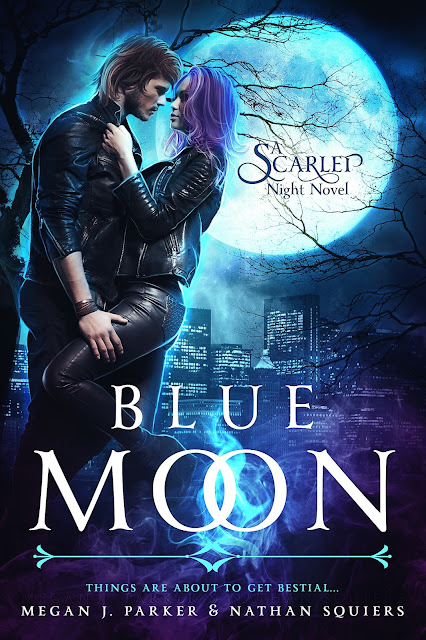 Cursed rage beasts? A sassy vampire in emotional turmoil? Joining an assault against an apocalyptic army of death? No problem; piece of cake; no biggie!

Zoey has never needed to use her vampiric mind-reading or telekinetic gifts to be the voice of reason, but there’s one person whose problems she’s never been able to get a handle on…

So when she and her therion lover, Isaac, accept a new mission to take out a demented, inhuman threat with a taste for torture, Zoey’s eager to keep things strictly business. Unfortunately, with this new danger threatening to tear their world apart, the vampire-werewolf lovers find themselves in the company of a not-so-friendly pack of Isaac’s kin, and a fresh batch of problems arise.

With chaos igniting at every turn and a constantly dwindling hope, Zoey and Isaac find themselves in a struggle for survival that’ll put everything they have to the test.

Between Zoey’s sinking confidence and soaring doubts, it may be impossible to find a middle ground in time to stop the impending carnage. 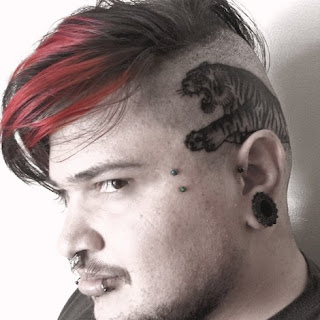 Born in Massachusetts in 1986, Nathan Squiers (The Literary Dark Emperor) grew up in Andover, where his affinity for story-telling flourished due to a love of books and movies as well as an overactive imagination. At the age of 13, Nathan and his mother moved to Upstate New York to be closer to their family.

After surviving public school, where he spent most of his days locked away in the AV room watching old 80s movies on Laserdisc and planning out his next video project, Nathan began a shaky college career. A love of weaving tales and telling stories was motivation enough to pursue an education in English, and, as luck would have it, a series of phenomenal professors were available to get him pointed in the right direction. It was in his first years of college that Nathan began to actively pursue a writing career, starting his first literary journey with a piece that would later become "Noir", the first book of the Crimson Shadow series.

Like any good story, a chaotic turn of events brought Nathan from the very brink of insanity and loneliness to the warm, comforting embrace of Megan, his best friend, lover, kindred spirit, and--more often than not--personal handler. It was with Megan at his side that Nathan was able to continue his writing (sometimes solely motivated by the young lady's threats of dismemberment if he tried to stop). With Megan's help, Nathan was able to see Death Metal, his fourth manuscript, through the publication process.

Nearly ten years later, The Literary Dark Emperor (now a multi-award winning author and co-owner/manager of Tiger Dynasty Publishing) continues to invent stories and put them into a literary sequence that he hopes will be somehow decipherable by other readers. As a lover of all things creative, he works in both novels, novellas, short stories, as well as comic book scripts (just don't ask him to draw something if you don't like stick figures and poorly-executed shapes).

If he's not submerged in the realm of fiction or burning out his retinas with horror movie marathons, Nathan is planning/getting a new piercing/tattoo or enjoying life with his lovely wife and fellow author, Megan J. Parker. 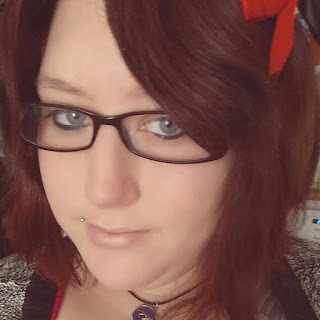 Megan J. Parker lives in upstate New York in a small town that no one can spell or pronounce. She is normally found either hanging in her home with her fiancée, Nathan, and two evil cats that believe they are the kings of the house, or on campus at the local college sitting in the art rooms with her face plastered to the Mac-lab computers.

On her down time, she likes reading and designing new logos and videos. Her passion for telling stories is portrayed in all her work and when there's a story to tell, you can be sure she'll tell it to its full extent. She aspires to own her own design company and work in a studio where she can edit and write to her heart's content.