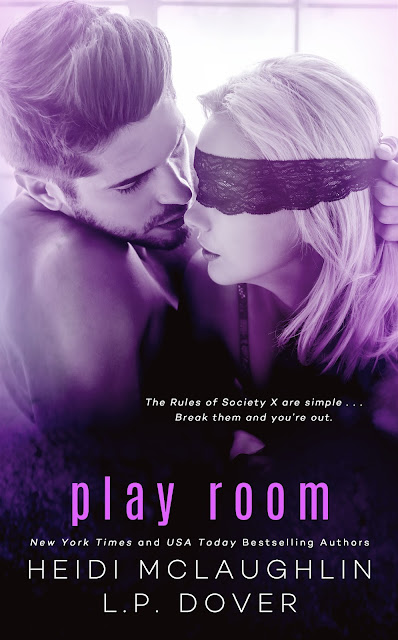 It doesn't matter if you want to tell, it's forbidden.
Whatever your desire.
Whatever your fetish.
The Play Room is the place to go.
For Alexandria Miller, it’s a chance to express herself, to embrace her hidden passions.
For Kai Robicheau, being in the club brings out who he truly is.

What happens in the Play Room will have you aching for more . . .

Originally from the Pacific Northwest, she now lives in picturesque Vermont, with her husband and two daughters. Also renting space in their home is an over-hyper Beagle/Jack Russell, Buttercup and a Highland West/Mini Schnauzer, JiLL and her brother, Racicot.

When she's isn't writing one of the many stories planned for release, you'll find her sitting court-side during either daughter's basketball games.

Heidi's first novel, Forever My Girl, will be in theaters on January 26, 2018, starring Alex Roe and Jessica Rothe.

New York Times and USA Today Bestselling author, L.P. Dover, is a southern belle residing in North Carolina along with her husband and two beautiful girls. Before she even began her literary journey she worked in Periodontics enjoying the wonderment of dental surgeries.
Not only does she love to write, but she loves to play tennis, go on mountain hikes, white water rafting, and you can't forget the passion for singing. Her two number one fans expect a concert each and every night before bedtime and those songs usually consist of Christmas carols.
Aside from being a wife and mother, L.P. Dover has written countless novels including her Forever Fae series, the Second Chances series, the Gloves Off series, the Armed and Dangerous series, the Royal Shifters series, and her standalone novel, Love, Lies, and Deception. Her favorite genre to read is romantic suspense and she also loves writing it. However, if she had to choose a setting to live in it would have to be with her faeries in the Land of the Fae.
L.P. Dover is represented by Marisa Corvisiero of Corvisiero Literary Agency.
You can find L.P. Dover here: www.lpdover.com
Email: authorlpdover@gmail.com
Twitter: @LPDover
Facebook: https://www.facebook.com/lpdover 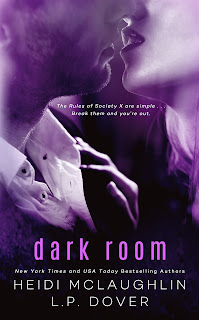 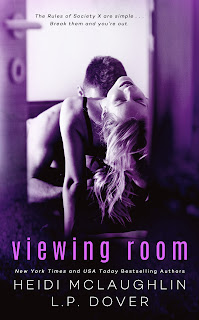