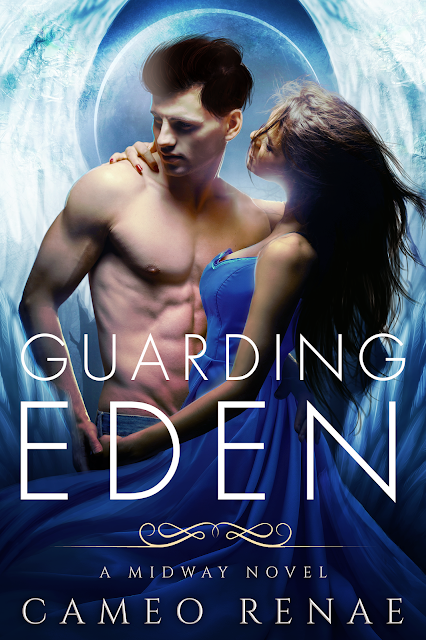 Tucked away at an upscale, private boarding school in Brindle Hollow, Washington, seventeen-year-old Eden East comes face to face with a hideous creature on her walk back to her dorm. Shaken to her core, she's left questioning the world around her, and soon finds herself entering a friendship with a hot, new student named Alexander.
Little does she know, Alex is a Guardian Angel, sent from Midway to protect her from those dangerous creatures—known as Darkling—lurking in the forest outside Brindle Hall. It isn’t long before Alex learns this is no ordinary assignment. Eden’s existence holds a secret; something hidden from even herself.
Eden is thrust into a world where Fallen angels and creatures of the Underworld will stop at nothing to catch her. With Alex at her side and a little help from some of his old friends, they form a formidable front against the enemy.
Hopefully, it’s not too little, too late.
***The Midway Novels are spin-offs of the Hidden Wings Series, but each book can be read as a standalone.***

Cameo Renae was born in San Francisco, raised in Maui, Hawaii, and now resides with her husband and children in Alaska.
She's a daydreamer, caffeine and peppermint addict, who loves to laugh, and loves to read to escape reality.
One of her greatest joys is creating fantasy worlds filled with adventure and romance and sharing it with others. It is the love of her family and amazing support of her fans that keeps her going.
One day she hopes to find her own magic wardrobe and ride away on her magical unicorn. Until then...she'll keep writing!