Hello My Pretties!
My book haul in July was all digital, which means one of two things, I suck as a BOOK DRAGON or I have the worlds greatest self control and didn't head into my local B.A.M. during their overstock sale...which I think is still going on...
Without a whole lot of fuss here are the books I grabbed. 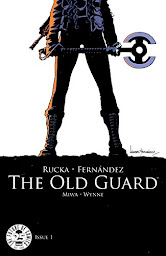 Eisner-winning writer GREG RUCKA (LAZARUS, BLACK MAGICK, Wonder Woman) and critically acclaimed artist LEANDRO FERNÁNDEZ (THE DISCIPLINE, Deadpool, Punisher: MAX) team up together to introduce THE OLD GUARD, the story of old soldiers who never die…and yet cannot seem to fade away. Trapped in an immortality without explanation, Andromache of Scythia—"Andy"—and her comrades ply their trade for those who can find—and afford—their services. But in the 21st century, immortality is a hard secret to keep, and when you live long enough, you learn that there are many fates worse than death.
If you like comic\graphic novels or seen the show on Netflix The Old Guard is Free on Amazon with ComiXology
Not for Young Readers 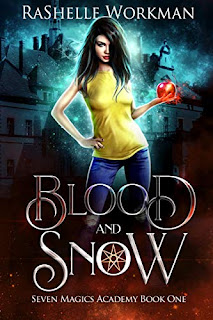 A wicked queen with a blood-sucking request. A hot new guy at the Academy. Will Snow get her happily ever after, or will she wind up killing her crush?

Vampires? Magic? I didn’t believe in fairy tales. That was my first mistake. My name is Snow White. At the Academy, I’m the butt of jokes and the klutz no one wants to date until Chace Charming walks into my life and changes everything.

Now I’m different. Now I let a complete stranger drink my blood. Not only that, but the vampire queen wants to claim me as her next victim, and the only way to stop her is to become something not quite human.

With my life turned upside down, it’s clear the supernatural is everywhere, and the pull to become a vampire is irresistible. I must decide whether to remain in the mundane realm of humans or change into the creature I was marked to be.

This is free on Amazon, I picked this to go along with the box set I have on my Kindle also.  Really looking forward to restarting this series from the beginning. 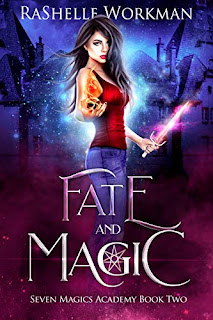 An ages-old secret. An endless supply of blood. Will Snow get her happily ever after or be forever stuck in the mind of an original vampire?

Vampires and magic have become my new normal, and I’m living my own kind of fairy tale. On my sixteenth birthday, my best friends throw me a masquerade. And even though I’m a self-proclaimed tomboy, I’m excited to celebrate. That is until malicious supernaturals crash the party and ruin everything, forcing me to use a magical artifact to save those I love.

Now I’m stuck in the mind of an original vampire and required to live out her life and witness her betrayal by those she holds most dear. There’s only one way back, and I’m desperate to change history.

Without my friends, it’s clear what I must do, but if I succeed, my new friend will wind up dead.

This is only $0.99 on Amazon or you can borrow it with your Kindle Unlimited. I bought this for the same reason I grabbed a copy of Blood and Snow, to go with my collection I started back in 2012 :) 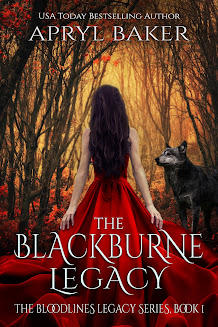 For the last nine years, Alexandria Reed has been locked away, a prisoner of her own nightmares. Determined to escape, she convinced the doctors she was sane. It wasn’t even that hard really. She leaves behind her fears and joins her family in their new home, Jacob’s Fork, West Virginia, where she plans out her nice, normal life.

But she’s not normal. She can never be normal.

Soon after her arrival to the sleepy little town, Alex comes face to face with her past and learns something terrifying. There’s a secret her family has killed to protect, a secret that has now put her and her brother’s life at risk.

Luka Rinaldi both fascinates and frustrates Alex from the moment she meets him. He’s dark and broody, arrogant, and hot enough to scorch brimstone. She’s drawn to him despite all the warning signs telling her he means her harm. She wants to trust him, but her instincts tell her to run.

Aided by her new friends, who have some dark secrets themselves, can she survive long enough to figure out the secret behind the secret?

This is only available on Amazon for a low $3.99 or you can borrow it with your Kindle Unlimited Subscription. 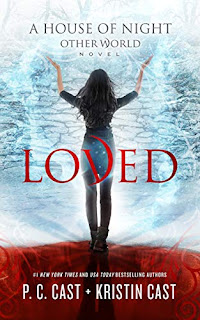 It’s Zoey’s eighteenth birthmas and the Nerd Herd has been scattered across the country busily adulting for almost a year when Stark calls them back to Tulsa to surprise Z. But all is not well in T-Town. Strange, dark signs are appearing—could it be possible Neferet is stirring? Not willing to chance disaster striking again, Zoey calls on her newly reunited friends to circle with her and add a layer of protection over Neferet’s grotto jail. Easy-peasy, right?

Wrong. Nothing at the House of Night is ever as it seems.

With rabid red vampyres closing in, Zoey and the Nerd Herd must come together again and battle evil. But a year is a long time. Have these old friends grown too far apart?

When the world fractures and allies become enemies, will darkness devour friendships or will light save those she’s loved?

I Love me Some CAST! LOVED is $0.99 right now over at Amazon Don't miss out on this great deal on the eBook. 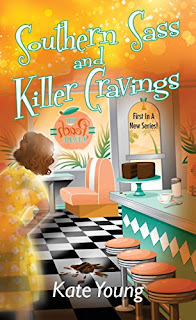 Life has always been sweet on Georgia’s Peach Cove Island, but a case of murder has Marygene Brown down in the pits . . .

For generations, the women of the Brown family on Peach Cove Island have been known for their Southern sass and sweet homemade desserts at their beloved Peach Diner. Since their mother's passing two years ago, Marygene has been stuck in Atlanta while her sister Jena Lynn has been running the family business. Now Marygene has left her husband and returned to her hometown, where she can almost feel Mama's presence.

But all is not peachy back home. Marygene has barely tied on an apron when a diner regular drops dead at the counter. When it turns out the old man's been poisoned, Jena Lynn is led away in handcuffs and the family eatery is closed. Now, to save her sister and the diner, Marygene must find the real killer. With some startling assistance from her Mama's spirit, Marygene will be serving up a special order of just desserts . . .

If You have been following me from the beginning you know that I adore Kate Young, I got this book last year for Summer Camp at my local library, It was a great read in between all the activities last year. I picked this up during a Book Bub deal/sale. You can pick it up at Amazon right now for $5.88 for the ebook or $7.99 for the print, either way, it's well worth the purchase :) 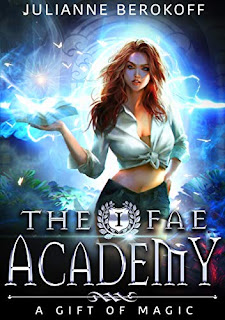 Species aren't supposed to mix, but now they're sharing the same school...

Vienna is sick of her bloodthirsty, throne-stealing parents. So when she's Chosen by an advanced academy she's never heard of, she thanks the gods above. When she realizes the school isn't supposed to exist, and that it's in fae territory...

Tavi is oath-sworn to keep his powers secret. And for most of his life, he's done so.

But once the Carthian Princess invades his world, the walls he's built so high begin to crumble.

Vienna is reckless, and trouble clings to her like perfume. No sooner does she arrive at the Fae Academy than a cloud of darkness threatens to sweep them all away.

If not for her stubborn spirit, battle skills, and a group of powerful new friends, she wouldn't stand a chance.

If I remember correctly this one came to my attention through an email from Book Cave. (I think) I picked it up since it was free at the time, and the Title and Cover caught my attention. You can grab it on Amazon for $2.99 or read it through your Kindle Unlimited Subscription.

Have you read any of these yet? Did one stand out to you over the rest? Let me know, I like to know what others think.

Until Next Time Read ON!