New Release: Promised at the Moon by Rebekah R. Ganiere 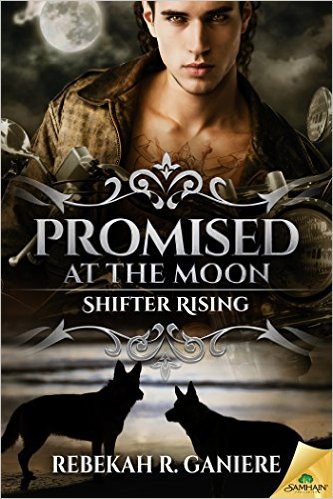 If he can save her from her past, she could be his future.
Shifter Rising, Book 1
Natasha Moon is running for her life. Though she’s managed to evade a forced mating, she arrives at a California safe house with no idea if the parents who entrusted her to an enigmatic Alpha are alive or dead.
The lone wolf who gets her to safety draws her like a magnet. But to him, she seems to be just another shifter in need. Just another female he thinks he can boss around.
Liam Grey avoids attachments at all costs. With his own demons to fight, he sticks to relocating shifters in trouble, not playing social worker. But when beautiful, fragile Natasha shows up desperate for more than just a place to stay, his inner wolf howls for a chance to give—and be—everything she needs.
Liam has his hands full keeping Natasha safe from other shifters, and from his own desire. But when Natasha’s ex-boyfriend tracks her down, Liam will have to push beyond the brink to keep her for himself—or lose her for good.
Warning: Contains an Alpha who can’t help sticking his nose in where it’s not wanted, and a feisty
female who secretly wishes he’d rethink his paws-off policy. 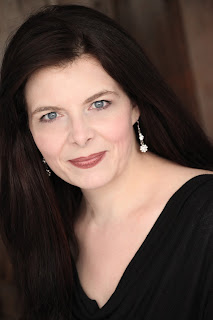 Rebekah is an Award Winning Bestselling Author. Her debut novel Dead Awakenings, hit the bestseller list the first day, in January 2014. Her Fairelle Series, released in May 2014 and has won several awards including the Golden Palm and a finalist for Rone Award. Her trilogy The Society was released by Kensington in 2014 and her new series Shifter Rising is releasing in 2016 from Samhain Press.
Rebekah is currently working on six series in the Fantasy, Paranormal Romance, Urban Fantasy, Sci-fi genres. She has five books releasing in 2016.


Rebekah is the President Elect of the FF&P Chapter. In her spare time when she isn't writing you can find her teaching on SavvyAuthors.com or at RWA. Rebekah also cosplays with her kids and is a guest speaker and panelist at San Diego Comic Con and Salt Lake Comic Con and several other Comic Cons on the west coast as well as LTUE, Romantic Times Convention, and Authors After Dark.