Freebie of the day: Waiting by Calle J. Brookes 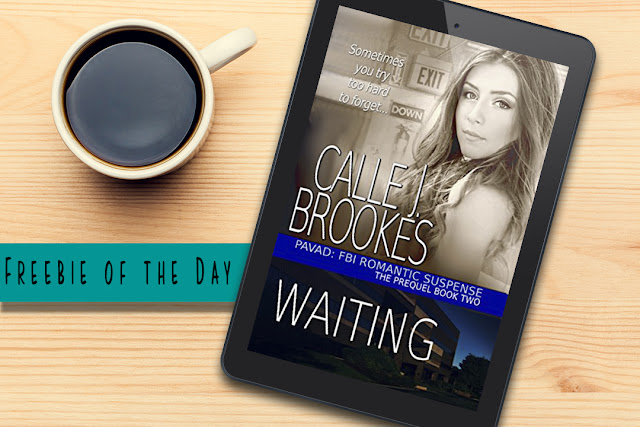 Everyone made mistakes, but some were far more dangerous than others…
Fin McLaughlin wanted nothing more than to make a difference in his work with the FBI. Headhunted by the deputy director of the Bureau to head up a new division located in St. Louis, Fin is determined to make amends for the mistakes he’d made six years earlier that had almost cost him his career—and his life.
Those mistakes had cost him Agent Ana Sorin, and he would never forget that. Fin had never treated a woman the way he had her, and he never would again. He just wished he could tell her that someday.
Ana had spent six years recovering from the nightmare explosion she’d shared with her former partner Fin. When Fin walks into the St. Louis FBI building where she’d rebuilt her career, Ana is at a loss for words.
Not to mention she didn’t have a clue what to do next with the tall, good-looking man who was about to become her boss!
Too many issues had been left unresolved between Ana and Fin and between them and the man responsible for the bomb that had nearly killed them both.
Too many things had just been left WAITING for all of them.
They had waited long enough…