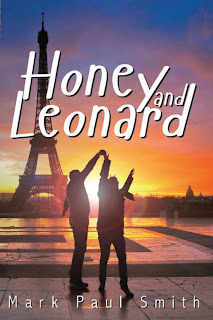 Honey and Leonard fall in love in their seventies. Leonard is in the early stages of Alzheimer’s. Honey thinks her love will save him. When high levels of arsenic are found in Leonard’s blood and a petition for guardianship is filed by his sole heir, Honey and Leonard flee to France. Their story catches fire as they elude police, private investigators and the international press. They become the Bonnie and Clyde of love until their apparent drowning when they are pushed off the dock in St. Tropez by an overzealous crowd of well-wishers. The book is about the power of love and how it is more important to love than to be loved.

Mark Paul Smith has been a trial attorney for 33 years, specializing in criminal defense, personal injury and child custody.

After graduating from DePauw University in 1972, Smith hitchhiked through the Iron Curtain and around the world before declaring himself a Conscientious Objector. That experience was the basis for his first novel, "The Hitchhike," a memoir published in 2013 by Christopher Matthews Publishing Co.


Mark and his wife of 37 years, Jody Hemphill Smith, own Castle Gallery in Fort Wayne, In.

Before becoming a lawyer, Smith was a newspaper reporter, carpenter and touring musician. His band played Bourbon Street in New Orleans for three years.