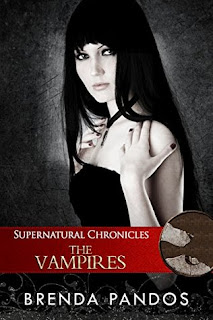 After narrowly escaping annihilation, eighteen-year-old Julia Parker and her vampire friends are on the hunt for their next big thrill.

When a blood-penned riddle triggers Julia's thirst, the vamps fear they're being lured into a trap. And when the note's 'ink' drives Julia into a rage/frenzy, her friends are left with no choice but to destroy it.

Though Julia returns to her normal self, the threat isn’t over. The letter warns that a sacrifice is required in order for them to keep their immortality. As each minute passes, the group starts becoming weaker. Unsure how to satisfy the letter’s author, they go to New Orleans anyway, but this is no ordinary trip. Evil lurks in the shadows, feeding off Julia's bloodlust and preparing to stake her and her friends at the first opportunity. And with the moon coming into position, they’re running out of time. If outside forces don't bring the coven down, Julia herself may be their undoing. Because fulfilling the riddle will cost Julia one of two things: a treasure she holds dear or her own immortal life.

Failure is not an option.

Beneath the brow of Bourbon and French architecture, the iris of New Orleans swirls with flecks of worlds and beings unknown to mankind. Come with us as we chronicle their journey—each supernatural race must hunt for an offering in hopes of saving their own. Skinwalkers, Wolves, Vampires, Dragons, Succubi, Witches, Necromancers, Cupids, and Asgardians are all in danger of losing control as an uprising darkness threatens to rip the veil that protects them all from the great beyond.

*I was given an Arc for an Honest Review. *

Once again I am blown away by the talent of Brenda Pandos.

It was a blast to have another adventure with Parker & Nicholas.
For those who don’t know the back story of those two, Brenda Pandos did a nice quick recap to fill in anything one might of missed.  It’s been AWHILE since I have read anything with these two, and I fell right back into the grove of them. Which made me a happy little reader.

This is the Perfect length to go with a cup of coffee or a nice bubble bath. SO if you Looking for a quick action pack read, I highly suggest grabbing a copy of Supernatural Chronicles: The Vampires.
If I could give this book a higher rating, then 5 stars I would in a heartbeat! 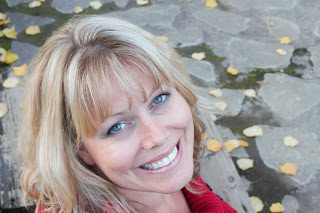 Author Brenda Pandos lives in California and is surrounded by the loves of her life—her husband, her incredible boys, a grumpy cat, eight chickens and her characters. Before becoming a full-time author, she worked as an IT administrator. After her son’s ASD diagnosis, everything changed. Being pregnant and embarking on a 35 hour a week in-home therapy schedule was grueling to say the least. She craved a meaningful escape.


Never having aspired to write before, she wrote her own vampire tale for kicks. Four months later, The Emerald Talisman was born. Unsure who'd want to buy her novel, she entered her fledgling book in the Amazon Breakthrough Novel Award and placed as a Quarter-finalist. That gave her the courage to go Indie and from there, she traversed into a life she’d never imagined and loves to this day. And since a small group of fans grew into a larger group of fans, all cheering her onto books two, three, four, five... and so on, she hasn't looked back.